First published on 30th October 2017, on her Blog ‘In This Blighted House’, Margaret Kennedy discusses the prevalence of ‘Toxic Masculinity’ in so many walks of life and why some men find it it funny.

Toxic Masculinity deserves discussing. For too long it has been tolerated, covered up, allowed, swept under the carpet to protect men. The victims of this conspiracy of silence – women – have conversely been ignored, vilified and forgotten. Expected to get on with their lives as if nothing happened.

“Michael Gove, current Secretary of State for the Environment in the UK,  thinks it’s amusing, ‘joking’ with John Humphrys and Neil Kinnock that being interviewed on the UK radio programme ‘Today’ can be compared to being assaulted by Harvey Weinstein. All the old white men with access to the mic thought it was funny and joined in. It took a stream of people on Twitter to point out to them that perhaps this isn’t something they should joke about…not while women are still being raped, assaulted, harassed and silenced”.

Yes, some men do. Unfortunately a great many men do. Toxic Masculinity is rife. It runs through society, institutions, organisations, schools and workplaces.

I learned about toxic masculinity when I was 12 or 13 years old, when I was sexually assaulted, not once, but many times, by a male relative. Years later when I was adult, stronger and more able, I confronted him.

I asked him “why did you do what you did when I was a kid?” at a family children’s party. Many relatives were gathered but I was trying on a new coat in my parents bedroom upstairs, away from the party, when he walked in. Now was my time – my opportunity. I was brave – very brave. I expected explanation, apology, understanding. I got – laughter.

He first pleaded ignorance. “what are you talking about?”

He replied “Oh that – that’s normal”

me; (emphatically) “No it damn well isn’t”

him: “it happens a lot in Irish families”  (he was right about that)

Then my mother walked in and the conversation finished. and its never been discussed since. I never got any apology. But I know HE knows, that I know. I know everyone else in my family knows – I told them. They guarded their female children.

But my mother took his side, said I was ‘upsetting him’ .  Tough shit, I thought. My twin sister (also abused by him) was threatened to be ‘sectioned’ by my father who refused to discuss this man’s abuse of his daughters. No, the victim was to be declared ‘mad’ if she ever spoke of it.

The family ‘secret’ is still ‘secret’ – at least to outsiders.

Toxic masculinity, can sometimes be bolstered by female support. We have to consider that too. but that I believe was a life-saving necessity. It was a masculine conspiracy – my mother knew it at a very deep level.

But as a female, in this world I was not going to be safe from Toxic Masculinity. At age 16 I was again sexually assaulted. I was a shy, naïve, ‘green as the grass’ kid doing nursery nursing training in a children’s home when I was ‘caught’ in the laundry room by the janitor. 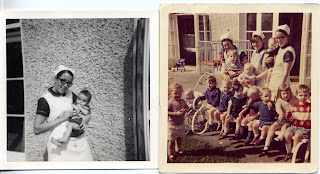 It was a plot by the other nursery nurses to get Tom to kiss me. They knew my life experience was zilch in the male relationship scene. They laughed at my shyness and lack of ‘experience’ . To all of them, this was funny.

Catch Margaret and kiss her. THAT would be so funny. He did. I was terrified. He was big, strong, dirty, rough.  I couldn’t get away. I struggled, my apron was torn off, I heard laughing, He French kissed me. I found it horrific. He let me go, I fled to the nurses residence. I was traumatised, shocked, frightened. I cried. I said nothing. no-one said anything. They had their laugh. It had been ‘fun’.

My next experience of toxic masculinity was on the London underground. packed like sardines in tins men groped and pinched. They laughed. We ran the daily gauntlet we women. And said nothing. It was our ‘lot’ on the tube.

Then I went to Oxford to study. There I met Bill. A toxic man if ever there was. He was a predator and targeted vulnerable students. We were all resident on campus. women on the second floors, men on the first (to protect the women!)  Bill prowled. he tried, boy he tried – but I had a new skill – disassociation . Yes, I learned to go numb, absent, not functioning, frozen, zombie like in his presence – he didn’t like that and once hit me across the face.

Bill moved on, and left another student pregnant. She became an alcoholic. Years later he found me. I was a qualified social worker and he rang my office. It scared the shit out of me. I told him to ‘bugger off’. He did. 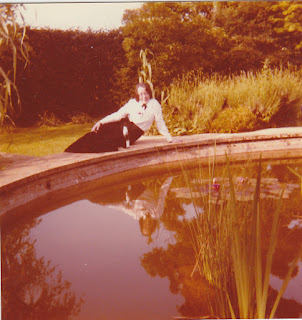 The Day of my last Oxford exam. with a bottle of bubbly – Oxford Tradition.

The next experience was as a student in the Polytechnic of North London, studying to become a social worker, I joined Christian Union. I was lonely, scared, depressed and largely ‘not coping’ with life. That ‘scared rabbit’ feeling never left me. I was scared of everyone, Everything. I was utterly emotionally ‘out of it’. Truly ‘out of it’.

The Christian Union Chaplain – Ray – was, unbeknown to me – a predator of vulnerable students. He ‘preyed’ so he did and was very skilled indeed. I thought him kind, caring. I was wrong. duped.  I was not his only victim.

He took me, on the pretext of a ‘drive’, to Epping forest where he ‘raped’ me; (American definition). The UK definition of the offence is now ‘ sexual assault by penetration’. I prefer the RAPE word. I certainly felt RAPED.  ‘Dissociation’ immediately clicked in. I had learnt that so well at age 12.

I told the polytechnic counsellor whom I was seeing. He apparently (Ray told me this later) went to see Ray and called him a “bloody fool” . and that was it. Toxic Masculinity kept the secret.

20 years later I found Ray in America. I reported him. He was de-frocked, thrown out of ministry (not without several years of me insisting) . I then arranged via his Bishop and an American Therapist to meet him in America to lay down my demons. (The USA & UK Bishops paid my fare). A confrontation. It was hugely beneficial. I told him that I thought of him and his actions. I wish I had taped it. I can’t even remember if he ever apologised.

The UK Anglican church gave me monetary compensation. I then had a ‘Service’ in a church where all my friends, sexually assaulted by Clergy gathered to reclaim our lives. to speak the story of ‘Clerical Toxic Masculinity’ . It was a powerful occasion. A truly wonderful day of ‘reclaiming’ our lives.

But this was not the end of my experience of Toxic Masculinity. No. I was to be dogged by malicious, mauling, scumbags. It is rife. these toxic men are everywhere.

Following qualifying as a Social Worker I worked at the RNTNE hospital in Greys Inn Rd, London. One day, I was talking about a client to an audiological scientist, in his room, when another man entered, grabbed me and kissed the back of my neck. It was a hot summer day, I wore a summer sun dress. His arms were around my chest (trapped just as my child abuser trapped me) .  My fear was huge. I fled.

I’d had my belly full of toxic masculinity. As it turned out his disciplinary hearing took place and I was NOT told, nor asked to give evidence. I walked into my department on a Monday morning, to be told by the female consultant “by the way (name) has his disciplinary hearing on Thursday (the week before) he was found ‘not guilty’. The other man in the room gave evidence that he “saw nothing happen“. (Of course he ‘saw’ nothing) .  I was not even informed of the hearing. I tried to complain about this but to no avail. It was over.

What freed me from the vice of ‘toxic masculinity’?

what, who taught me to ‘fight back’? It was Deaf/deaf children.  I was uncovering deaf/deaf abused children in my work. I could not get any professional to help them. No-one knew what to do.  I was determined to help them and set up the ‘Keep Deaf Children Safe’ (KDCS) project.

I taught social workers, teachers, police how to support Deaf children, then my work expanded to lecturing about abuse and neglect of all disabled children. 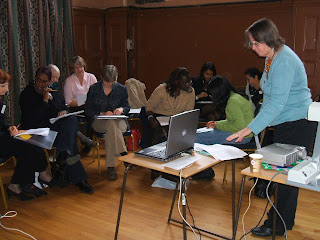 I then met ‘feminism’ – I met women fighting violence against women. I met GREAT women. I learned. I claimed my self as worthy, whole, abused, violated but perfectly WONDERFUL. I found myself a wonderful women.

I did my doctorate on ‘clergy sexual exploitation of adult women’.

I fought Toxic Masculinity in all its guises.

I will never stop fighting Toxic Masculinity.  My present ‘war’ is with ‘Toxic Masculinity within the medical profession. I am now an ‘old’ woman of 65. Yet I find myself still fighting, dealing with, trying to overcome the ‘Toxic Masculinity’ of my male doctors and Consultants. I am now sick, disabled with a Rare neuro-muscular degenerative disease. I use a wheelchair as does my identical twin. 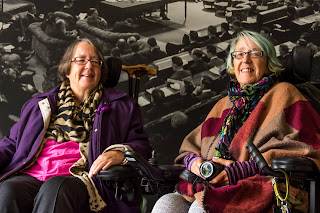 We meet Toxic Masculinity in GP surgeries, in hospitals, in A&E , in the Irish Health Service (HSE) and our fight against Toxic Health care is a Woman’s fight. (but here men suffer too). Male misogyny is endemic. Female patients are still ‘hysterical women’.

And when I finally die – I will be ‘That WONDERFUL woman – who fought Toxic Masculinity all her life. And some WILL say – I made a difference. I saved lives. I was part of the healing.

But I will say – I couldn’t have done it without my sisters in the fight. Those other WONDERFUL women .

We don’t laugh like many (not all) men do – we fight the warrior fight . We are Grace O’Malley!  The ‘Graces’ . 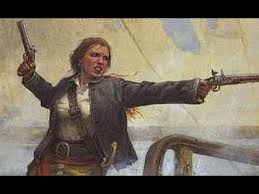 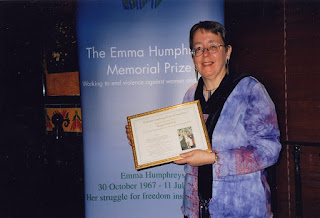 Receiving the Emma Humphries Memorial Prize (2004)
for my work
an honour from my feminist sisters.
A very proud moment

This site uses Akismet to reduce spam. Learn how your comment data is processed.