With the Paris Accord, Listen to our Popes – Not Trump

With the Paris Accord, Listen to our Popes – Not Trump 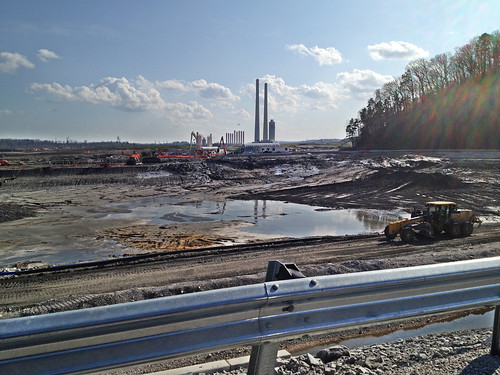 Yesterday we were all so busy arguing about whether or not Kathy Griffin should burn in hell for performance art, we forgot to be as disturbed as we should be by a reality that is far more morally, materially evil: Trump’s indication that he will probably withdraw from the Paris Accord, even against the advice of some of his own people (presumably businessmen who are savvier at business than he is).

It would appear that Trump did not, after all, read Laudato Si. But then, reading has rarely been his strong point. And does it matter? When formally trained Catholic theologians weave sophistries to argue that we can ignore this encyclical (an encyclical, mind you, not an airplane interview) why would Trump, a man whose religious sense remains shriveled deep inside him, its existence a matter of faith alone, pay attention?

As a wealthy nation that has reveled in prosperity at the expense of the environment and the foreign laborers we exploit, we have a special responsibility, in the United States, to do all that we can to hold ourselves to more sustainable and ethical ways of life.

Being glad one was born in America is, in this global scenario, a little like being glad you were born into the luxury of the manor, and not into the hovels of the serfs who sustain you. And yet, at least in the old conservative aristocratic paradigm, there was a sense of obligation to the others. The lady gave bread. The lord protected his people. In America, we have jettisoned all the noblesse oblige of the old ways, keeping only the sense of entitlement, the hoarding. And we have added on a reckless disregard for the future, a “carpe diem” that is, unfortunately, nothing like the barbaric yawp of the poet in the wood, and everything like the glutton sitting down to gorge on fast food.

Our moral obligation to contribute to the defense of the environment in solidarity with other nations is not just a matter of hippified whimsy. Benedict XVI wrote very clearly, in Caritas in Veritate, that wealthier nations have an obligation to “reduce their energy use.”

But why? Isn’t everything okay, you wonder, gazing out at your lovely green lawn?

No, it isn’t. But the ugliness is hidden from the privileged. Environmental load displacement means that you reap the benefits of a system that functions through ongoing, unsustainable depletion of resources, the carving up of the earth, the tearing apart of homes and families. Do not speak to me of “family values” if you give service to any system that depends on depriving the worker of wages, tearing apart the property on which families live, polluting their air and water. You don’t see the mountain top removal. You don’t see the landfills that host your mounds of garbage, the “cute little things” you bought two years ago, and broke, and threw away, and replaced with new cute little things manufactured by child slaves far away where you don’t have to be made uncomfortable by them.

You don’t see the connection between our abuse of the land, and our abuse of the body. How our disdain for the environment, our reduction of its being to mere utility, is only a facet of our society’s anti-life ethic, the same which perpetuates the demand for abortion.

Our Christian teaching is that original sin has affected everything. It corrupts our friendships, our sexuality, our family life, our bodily desires, and spiritual dispositions. Why would we imagine that the market, the realm of profit and loss, is immune to this corruption? Why can we not see how our sinfulness mars the very soil on which we tread, the air we breathe?

To ignore our popes and follow Trump on this one is to take a heterodox position as regards our faith tradition.